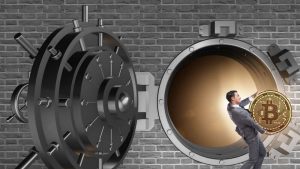 The company says that the Tuesday hack impacted DeFi operations only, with the lending and over-the-counter (OTC) services unaffected.

“We’ve been hacked for about $160M in our defi operations. Cefi and OTC operations are not affected. We are solvent with twice over that amount in equity left,” Wintermute founder and CEO Evgeny Gaevoy announced on Twitter.

He also noted that a total of 90 assets were hacked, although only two of them “have been for notional over $1 million (and none more than $2.5M)”. He also insisted that customers with Wintermute market maker agreements have nothing to worry about.

Gaevoy also announced that Wintermute would experience service disruption for at least one day, and that the company is treating the attack as being a ‘white hat’ event, asking the attacker to get in touch.

The hack puts Wintermute on the list of high-profile crypto-theft incidents to have been reported this year, following a $320 million heist at blockchain bridge Wormhole, the $600 million haul at digital ledger Ronin Network, and the $200 million theft at cryptocurrency bridge Nomad.

In late August, the FBI warned of an increasing number of attacks targeting DeFi platforms, which accounted for approximately 97% of the $1.3 billion worth of cryptocurrency stolen between January and March 2022.