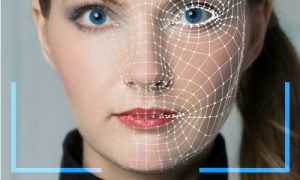 Video Conferencing in General is very insecure due to the lack of access security, PPI breaches and encryption.  However, another big concern is the intrusion of Artificial Intelligence services utilizing Facial Recognition. ZOOM and other services that are not secure present significant concerns for your future.

The first example is Clearview AI.  These and similar services allow police investigators to upload a photo of a person of interest, then search a database of “publicly available” images posted by individuals and organizations on the web. Publicly available means images are scraped from all social media FB, Instagram, Linked-In, Snap, Twitter, and of course Google images.  These services act as the google search for faces; A non-streamed facial recognition search engine where historic photos are uploaded and then searched against a database of historic web-based photos. Utilizing video-conferencing is providing just another source of images and ones in which you are personally identifiable.

For example your ATM or Credit Card.  Credit reporting agencies use systems where a person uploads a photo of him/herself and the system compares that photo with a photo on a government ID to verify the identity of the person. More and more this process is being utilized on devices as well.

A live streamed facial recognition system is a system coupled to a live stream video surveillance, body camera, live drone video or similar system to identify individuals ‘on the fly.’  CCTV in China and Russia monitor daily life and in China live video stream facial recognition is one of the most important variables in the “social credit” of their citizens.  Get captured throwing trash out of your car or on the street results in certain social utilities being blocked like access to a bank loan or credit card.

It is reasonable to assume, that all of the facial recognition procedures will be utilized against ZOOM and nay other video conference service in the immediate future.  Any service without proper security will mean you can be identified and in all likelihood your conversation recorded.