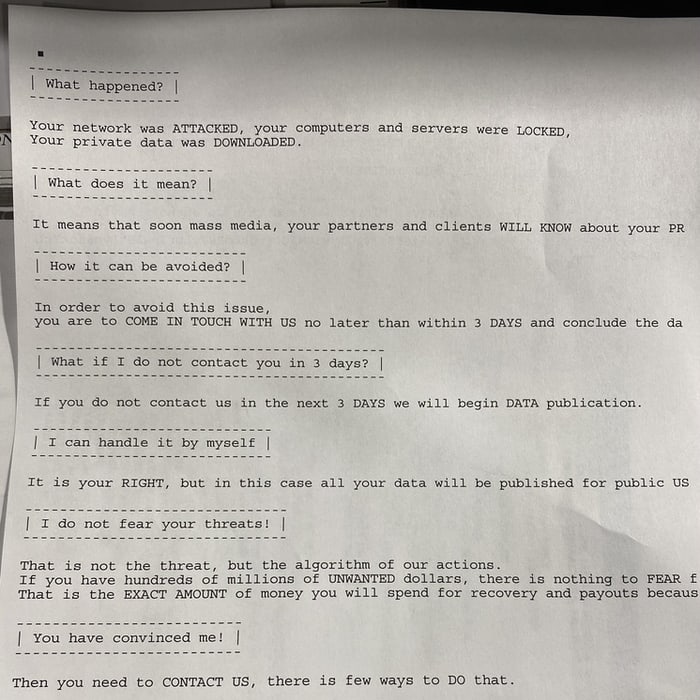 Vancouver’s public transit system, TransLink, was substantially disrupted by a ransomware attack.  In an innovative twist, the hackers actually printed demands on receipts issued to riders.

TransLink, the public transport operator in Vancouver, Canada, first indicated its IT systems were suffering problems on 1 December, when it said it was “investigating an issue.”

Passengers on Vancouver’s transit system were unable to use their credit and debit cards for ticket payments. Further, useful features like trip planners and bus schedules were off-line. Fortunately, there were no threats of operational disruption concerning the trains and buses.

In the ransom message (below), the extortionists warned TransLink that private data was stolen from their systems and that it would begin to be published online if the company did not make contact and make a cryptocurrency payment. It is suspected that Egregor ransomware is behind the attack. 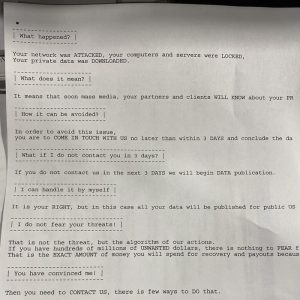 The ransom note sent to TransLink

It is not clear just how much money the cybercriminals want TransLink to pay for the delivery of a decryption key to undo the damage done to its data, and the promise that information will not be leaked online. Furthermore, it is unclear whether TransLink is even contemplating paying the ransom. There is also suspicion that the company’s payroll may be affected.

At BLAKFX, we are on a mission to stop ransomware threats…Period!!!