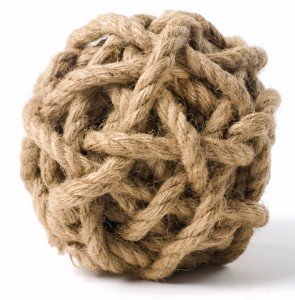 Lawmakers have been satisfied with the status quo – the de-facto “End-to-Cloud” data protection model – as it allows authorities to monitor anyone’s communication and in-cloud data globally when needed.

Many vendors power their algorithms and personalize services by searching customer data for patterns. Unfortunately, loss of privacy is unavoidable in cases when data is placed in a database or is searched. Technology that would preserve data privacy and allow searching at the same time – Searchable Encryption – is still in a research stage.

As a society, we need to define what type of data we agree to give to service providers to personalize our experience, and what type of data should remain protected from the vendor’s cloud, searches, and databases. Perhaps our preference-related data should retain the “End-to-Cloud” data protection model, while other data should be protected with the “User-to-User” model. At the moment the data protection model is a binary choice.

It should be noted, the authorities insist on the creation of backdoor not in mathematics or encryption (scrambling) algorithms but in the implementation of consumer-based systems of global deployment. In other words, well-financed wrongdoers and state actors will be able to circumvent proposed backdoors (by independently implementing strong encryption algorithms) and are not the intended targets of the requested backdoors. Law enforcement among ordinary citizens is the goal.

A number of logistical, ethical, and technical issues have been raised and discussed in a two-part paper authored by a cohort of leading cryptographers and researchers in cybersecurity on the topic of intentional backdoors over the last two decades, including Steven Bellovin (Columbia), Ronald Riverst (MIT), and others.

While it is technologically feasible to re-engineer the cloud-based Internet data protection model with build-in “front door” or “backdoor” mechanisms (through “custody keys” and “multi-key” protocols), privacy advocates oppose the legislation raising a valid question, “Who will watch the watchmen?” One of the greatest concerns voiced is the access revocation mechanism to limit the scope of the warrant-based access.

Short of re-engineering the data protection model of Internet cloud-based services, there is a pragmatic compromise. The solution with the Helix22 SDK is analogous to “compliance monitoring” many regulated industries, like finance, already implemented.

With minimal system changes, it is possible to enable a mechanism where user data is processed in duplicate:

By implementing such change, the overwhelming majority of law-abiding Internet users will preserve their data privacy with an uncompromised “User-to-User” data protection model, no backdoors. At the same time, governments retain sought-after warrant-based “Legal Intercept” capabilities, with necessary privacy-preserving limitations.