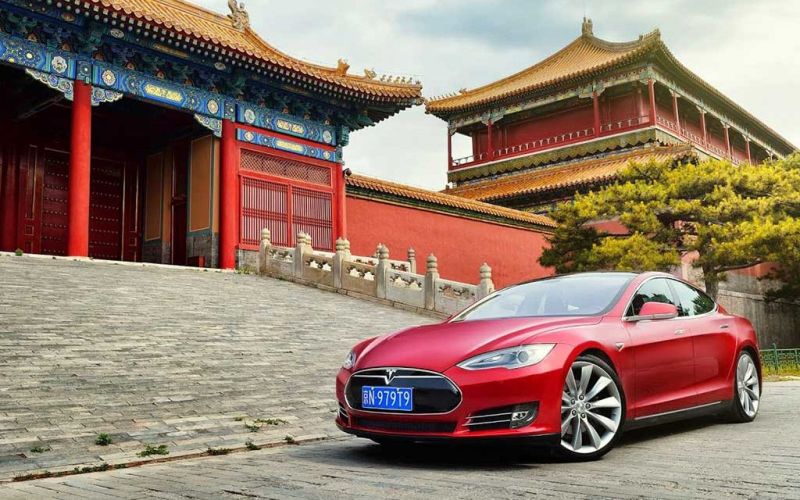 Tesla is responding to the spying concerns it faces in China with a new data center located in Shanghai.

Elon Musk’s company has been facing mounting pressure in China after the company was accused of spying using the multiple cameras contained in each of its electric vehicles. Tesla’s vehicles are currently banned from entering military complexes or housing compounds in China, which led to the company having to point out its car cameras only work in the US. However, that clearly wasn’t enough to stem suspicion, and more drastic action is now being taken.

By ensuring that all data remains in China where the Chinese government can ensure it remains private and won’t be available for spying purposes, Tesla is surely hoping to put an end to the claims. That will only happen if military locations become accessible to the company’s vehicles again, though. And even if the spying accusations disappear.

Elon Musk also commented on the military ban last month during a virtual conference in Beijing, pointing out, “There’s a very strong incentive for us to be very confidential with any information … If Tesla used cars to spy in China or anywhere, we will get shut down.”

Tesla has very strong competition in China, with one electric car,  the Hong Guang Mini EV already outselling it. The company is well-aware how easy it would be to see its vehicles banned there due to suspicious behavior, and is therefore very keen to ensure the camera spying claims are proved false.

Data Protection On Chinese Based Servers

The Helix22 SDK is perfectly capable of running in China and offers all the same protection for data as there  in any other part of the world.

With the Helix22 SDK, your data is always secure and protected. It does not matter what server or what app is running, the Helix22 data security cryptography is embedded along with the data, and therefore cannot be exfiltrated.  Your typical encryption app will only protect data while in transition. As in North America or Europe, your data is in the clear until encryption is applied with the key. Most encryption services have no choice but to read, copy and save all transmissions prior to encryption, that is just how they work. The only thing keeping the government from accessing it all, is the willingness of the company in question not to release it. Just ask Apple how much fun the have going to court all the time.  In China however, all apps and key services and hosted in China are legally obligated to record a copy of your transmission and forward it to the government. If you aren’t on Chinese servers, they will just ban usage.

The Helix22 SDK has made the risk of data theft impossible and this will go along way to soothing the concerns of the Chinese government. Also, as Helix22 is the perfect data security tool for Tesla and the Internet of Things, we can ensure that all data cannot be stolen from Chinese servers.

This circuimsstcne means, withdrawing your business from outside of China is not really a long-term viable business solution. We have brilliantly overcome the data privacy conundrum and made it so no one need ever hand over data without your firm or nations consent. Let us just be honest. It is simply not good business to need to withdraw services from China. There is too much revenue on the table. Utilizing Helix22 for your data management strategy, makes China a perfectly viable market as anywhere else in the world.

The bottom-line, is that compliance is an issue every company must deal with. Helix22 makes operating in China easier. We may not be able to completely eliminate their suspicions but we can certainly lessen them. One of our hopes is for the Chinese government to realize that there is no need to store all data in China as Helix22 ensures data security anywhere in the world.