As the security community continues to question who was responsible for the sudden disappearance of the REvil ransomware gang, the threat actor’s current victims are left to pick up the pieces, now that the option to negotiate and pay is off the table.

While companies are advised by law enforcement not to cooperate with ransomware demands, payment sometimes remains the lesser of two bad outcomes. So, if this was a case of U.S. law enforcement authorities cracking down on REvil, then such actions came with collateral damage. 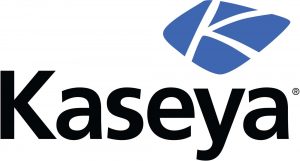 Kaseya suffered a REvil attack which facilitated hundreds of other firms to be attacked.

Of course, it’s also possible that Russia helped shut down the group’s operations in response to U.S. President Joe Biden’s demands for cooperation in the fight against ransomware. Or the actors may have decided to pull up stakes, at least for now, after feeling the heat following its high-profile supply chain attack on IT software company Kayesa and the users of its VSA remote monitoring product, as well as its infection of food processing company JBS. In the end, the results are the same: REvil’s resources, including its blog and payment sites, were taken offline.

Still, the question remains: Should law enforcement authorities take into consideration the fate of current victims before executing a takedown, or is it more important to take care of the bigger picture, which is eliminating the threat? To us at BLAKFX, even though we empathize with your situation, the answer is no. The best case scenario of course would be if law enforcement were able to access keys prior to dismantling the ransomware operation. However, this will likely be a longshot.

For companies that do find themselves stranded in this situation, there may still be a small ray of hope.

There is always a chance that decryption keys will be released in the future by REvil or someone else.

The only other option is manual recovery and a bolstering of SOC capabilities – often a laborious exercise and a hard lesson learned.

Any such manual recovery will likely rely heavily on backup copies, so it’s critical that they were regularly saved, maintained and protected.

As for REvil itself, companies and law enforcement should not be surprised if the threat actor resurfaces in the future under a new incarnation.

While REVil remains in hiding, the best solution is to install the Helix22 data security SDK. Helix22 not only protects against ransomware threats, it eliminates the threat competley..

Our mission for 2021 is to end ransomware threats.

Ransomware Auditing as a Service (RaaS): as ransomware attacks skyrocket, they have come to represent the biggest threat to the data of government agencies, military, intelligence agencies as well as private enterprises. BLAKFX developed the first in the world Ransomware Auditing as a Service (RaaS) platform which allows our cyber security engineers to scan your network and simulate real-world ransomware attacks to test prevention, detection and mitigation strategies of your organization and establish how resilient your network is to real ransomware attacks. After the scan we provide a comprehensive report and our recommendations for remediation.

As importantly, if you are the victim of an actual ransomware attack, we are able to recover the data that has been hi-jacked during the attack and due to Helix22’s patented DNA BindingTM cryptography, restore it to its original state.

The new era of data security is one that requires new solutions. The era of perimeter defenses is over as it is proving impossible to keep hackers from breaching the perimeter and accessing data. Further E2E encryption based on old models of RSA cryptography are obsolete as quantum computing becomes mainstream.