Imagine how the world might react if they couldn’t get their morning bacon, their lunch time chicken salad or that evening pork chop for dinner. Or, imagine you had to shell out $10 for your Big Mac due to the scarcity of beef?

Well, that might be the future as supply chains become more and more of a target for ransomware attacks. 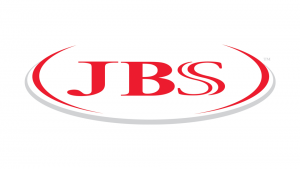 JBS Foods, the largest meat processing company in the world, were the target of “an organized cybersecurity attack,” the company said in a statement Monday, confirming that its customers and supply chain could be impacted.

The incident is the latest example of a company forced to shut down portions of operations in an attempt to stop the bleeding from a cybersecurity attack. It also comes close on the heels of another high-profile critical-infrastructure breach, just three weeks after a  ransomware attack led to the shutdown of Colonial Pipeline. That incident wreaked havoc on the company’s supply chain and triggered fuel shortages in the southeastern United States. Like the energy sector, food and agriculture are classified as critical infrastructure by the Department of Homeland Security, accounting for roughly one-fifth of the nation’s economic activity.

While some saw Colonial as a typical ransomware attack, others saw it as reflective of weaknesses in the security posture of the nation’s critical infrastructure or as evidence of inadequacies in the existing framework for public-private partnership.

The company said it is unaware of any evidence that customer, supplier or employee data has been compromised or misused as a result of the situation. But its statement said “resolution of the incident will take time, which may delay certain transactions with customers and suppliers.”

As infrastructure becomes more and more of a target for all types of cyber attacks, business sectors around the world need to install the Helix22 SDK.