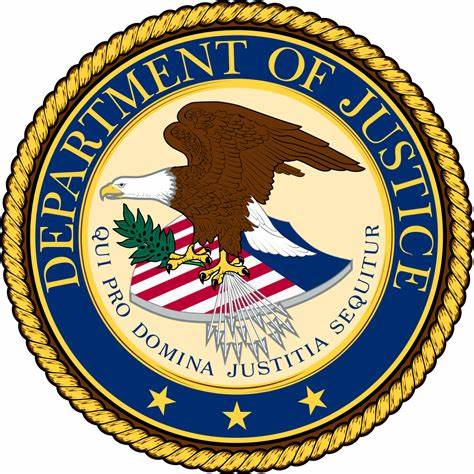 The Justice Department is launching a 120-day review of its approach to combating cyber threats, hoping to identify innovative new ways to reduce the volume and impact of ransomware, botnets and other digital attacks. “We want to bring forth actionable recommendations … on, what can we be doing better, working with our partners across borders, to address these threats?” Deputy Attorney General Lisa Monaco said at the Munich Cybersecurity Conference. Monaco said the U.S. and its allies “need to rethink … and really assess, are we using the most effective strategies” to fight cyber crime. 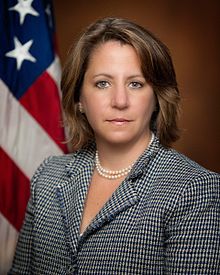 The 120-day review will look at how cryptocurrencies facilitate cyber crime, how supply chain attacks such as SolarWinds can metastasize from the weakest link to sensitive national security institutions, and how to address “the blended threat of nation-states and criminal enterprises sometimes working together to exploit our own infrastructure against us.” On ransomware, Monaco said the review and the task force would both look at how to “go after the entire ecosystem that is being used.”

But DOJ isn’t just concerned about the threats of today. It’s trying to get ahead of the threats of tomorrow. “What is the next ransomware that we’re going to have to deal with?” Monaco asked. “What is the next exploitation by bad actors of other technologies? … We have got to move at the same speed that our adversaries are.” That philosophy informed the government’s decision to seek a court order to expunge malware from hacked Microsoft Exchange servers. “We have got to get innovative and aggressive,” Monaco said, “if we are going to keep pace with what the malicious actors are doing.”

Lisa Monaco is no stranger to cybersecurity issues, having served as President Barack Obama’s homeland security adviser and one of the first leaders of DOJ’s National Security Division. During the interview, she recalled how cyber challenges increasingly dominated the briefings that she would give to Obama. The cyber threat landscape “has become more diffuse, more sophisticated, more dangerous than ever before,” she said. “I think we’re at a pivot point yet again.”

Cyber threats from nation states and their surrogates will remain acute. Foreign states use cyber operations to steal information, influence populations, and damage industry, including physical and digital critical infrastructure. Although an increasing number of countries and nonstate actors have these capabilities, we remain most concerned about Russia, China, Iran, and North Korea. Many skilled foreign cybercriminals targeting the United States maintain mutually beneficial relationships with these and other countries that offer them safe haven or benefit from their activity.

States’ increasing use of cyber operations as a tool of national power, including increasing use by militaries around the world, raises the prospect of more destructive and disruptive cyber activity. As states attempt more aggressive cyber operations, they are more likely to affect civilian populations and to embolden other states that seek similar outcomes.

Authoritarian and illiberal regimes around the world will increasingly exploit digital tools to surveil their citizens, control free expression, and censor and manipulate information to maintain control over their populations. Such regimes are increasingly conducting cyber intrusions that affect citizens beyond their borders—such as hacking journalists and religious minorities or attacking tools that allow free speech online—as part of their broader efforts to surveil and influence foreign populations.

Democracies will continue to debate how to protect privacy and civil liberties as they confront domestic security threats and contend with the perception that free speech may be constrained by major technology companies. Authoritarian and illiberal regimes, meanwhile, probably will point to democracies’ embrace of these tools to justify their own repressive programs at home and malign influence abroad.

During the last decade, state sponsored hackers have compromised software and IT service supply chains, helping them conduct operations—espionage, sabotage, and potentially prepositioning for warfighting.

The Helix22 SDK was imagined specifically as a definitive tool for national security.

From a governmental standpoint, national defense and security is at risk if data is not protected. Also, foreign interference and espionage is more possible in an unsecure technological environment especially in terms of infrastructure. And, when it comes to the military, the entirety of operations has gone digital so any type of malicious attack could effect a nations overall well-being.

BLAKFX offers a full range of custom products and services including a state of the art SDK (backed by 28 patents) that provides the most secure data encryption technology in the world.

We can make this claim as the tech engineers at BLAKFX invented and patented a genuine device2device (D2D) encryption. We manage data security transmission through the truly brilliant and also patented universal Helix22 key service. The Helix22 encryption originates on your network or device, not just when the app is opened. This means, that when data arrives to our key server, it is already encrypted so all it needs to do is issue another key. Signal and Telegram cannot claim this level of security. This key will then only work with the intended device, which generates a matching key required to open the data. In this protocol, we are truly a “zero-knowledge” server so your communications and transmissions remain completely top secret. Even in the event that BLAKFX were subpoenaed, we can honor the request by just handing over the encrypted content…as that is literally all we have. Helix22 also only use keys just one-time and then destroys them. This way the data security is future forward prefect. Therefore, in our unique device-to-device world, there is no opportunity at all for any data leak.