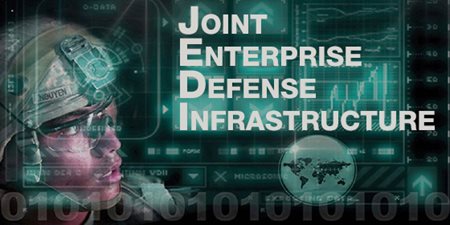 Facing years of potential litigation, the US Department of Defense (DoD) has canceled the $10 billion Joint Enterprise Defense Infrastructure (JEDI) contract and will instead look for other ways to procure cloud services in the interest of national security.

The 10-year cloud-computing contract was awarded to Microsoft in October 2019, but progress was almost immediately stalled by a lawsuit filed by Amazon Web Services (AWS), which claimed that then-President Donald Trump’s vendetta against Amazon and CEO Jeff Bezos was a key factor in Microsoft’s win.

One can argue that Amazon and Microsoft legal problems may be affecting national progress.

The JEDI contract was designed to upgrade legacy DoD systems with newer cloud services. When bidding for the contract kicked off, the DoD said the JEDI Cloud would provide “enterprise-level, commercial IaaS (infrastructure as a service) and PaaS (platform as a service) to the Department and any mission partners for all Department business and mission operations.”

It was widely believed throughout much of the bidding process that AWS would be awarded the contract. Eventually, AWS and Microsoft emerged as the two final bidders in the winner-take-all deal. Google dropped out of the JEDI bidding process in late 2019, while Oracle and IBM were eliminated in early 2020, with Oracle eventually failing in court to challenge the company’s elimination from the bidding process.

In September 2020, the DoD said it was standing by its choice to award the JEDI contract to Microsoft. AWS responded by calling the DoD decision “politically corrupted” by then-President Trump. The back-and-forth legal battle effectively killed the contract by slowing down the process and preventing the DoD from implementing critical technology upgrades.

From the DoD’s perspective, the termination of the JEDI contract was also due to “evolving requirements, increased cloud conversancy, and industry advances,” meaning that the original JEDI blueprint had become increasingly outdated while languishing in court.

“JEDI was developed at a time when the Department’s needs were different and both the CSPs technology and our cloud conversancy was less mature,” said John Sherman, acting DoD chief information officer. “In light of new initiatives like JADC2 and AI and Data Acceleration (ADA), the evolution of the cloud ecosystem within DoD, and changes in user requirements to leverage multiple cloud environments to execute mission, our landscape has advanced and a new way-ahead is warranted to achieve dominance in both traditional and non-traditional warfighting domains.”

In a blog post, Microsoft said the company understood the DoD’s decision and that “the security of the United States is more important than any single contract.” However, Microsoft is criticizing the framework that’s in place for contract protests that allowed Amazon to hold up the JEDI contract for almost two years.

From the Microsoft blog:

The 20 months since DoD selected Microsoft as its JEDI partner highlights issues that warrant the attention of policymakers: when one company can delay, for years, critical technology upgrades for those who defend our nation, the protest process needs reform.  Amazon filed its protest in November 2019 and its case was expected to take at least another year to litigate and yield a decision, with potential appeals afterward.

Going forward, the DoD said it plans to pursue the Joint Warfighter Cloud Capability (JWCC) as a multi-cloud/multi-vendor contract. The Department said it intends to seek proposals from a limited number of sources, namely Microsoft and AWS.

Amazon also issued a statement on the DoD’s decision, saying, unsurprisingly, that it agreed with the move and looked forward to being part of the Department’s modernization efforts. Echoing the premise of its protest lawsuit, Amazon said the contract was awarded to Microsoft “not based on the merits of the proposals and instead was the result of outside influence that has no place in government procurement.”