Crypto.com has acknowledged that yes, the total amount of the loss is well over $30 million – far more than was initially estimated – but that all customers had been reimbursed.

The company also said that the robbers pulled it off by blowing past the exchange’s 2FA system.

In spite of customers having reported losses over the weekend, Crypto.com’s Thursday statement said that the heist happened on Monday at about 12:46 a.m. UTC.

That’s when the exchange’s risk monitoring systems picked up on unauthorized transactions coming out of 483 accounts and being approved without users’ 2FA authentication.

Crypto.com immediately suspended withdrawals on the platform as it investigated. The exchange fully restored the affected accounts, revoked all 2FA tokens and added additional security hardening measures, requiring all customers to re-login and set up their 2FA token.

Crypto.com said that it’s junked its 2FA “in an abundance of caution” and has migrated to a “completely new 2FA infrastructure.”

“2FA tokens for all users worldwide were subsequently revoked to ensure the new infrastructure was in effect,” the exchange said. “We have mandatory 2FA policies on both the frontend and backend to protect users during this revocation phase, as outflows such as withdrawals have a requirement to setup and use 2FA in order to withdraw.”

Why is 2FA Meaningless? 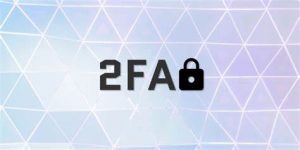 Two Factor Authentication is really nothing more than a locked door. It might prove a basic deterrent to some, but once a thief gets the door open or finds an alternative pathway, a hacker can access and steal anything and everything inside.

MFA is considered stronger than 2FA in that it adds more factors of authentication, eliminating security threats associated with 2FA. As it is, there are several ways to attack 2FA, including but not limited to:

Social engineering. As Coinbase noted when 6,000 of its customers got ripped off in October 2021, users’ email addresses, passwords, phone numbers and personal email inboxes are often gleaned through phishing attacks or other social engineering techniques that trick victims into disclosing their login credentials.

Since cryptocurrency is still a relatively new technology, it presents an opportunity for threat actors to socially engineer targets. Crypto investors are constantly looking for an edge in the market or what the next big currency that’s going to explode in value. Attackers can use this thirst for information to get users to download malicious apps or share login credentials for legitimate trading platforms they use.

An attacker can then use the malicious app to exfiltrate additional data from the device it’s on or take the login credentials they’ve stolen and try them across any number of cloud apps used for both work and personal life.

In order to increase the likelihood of success, attackers target users across both mobile devices and cloud platform. For example, it was discovered almost 200 malicious cryptocurrency apps on the Google Play Store. Most of these applications advertised themselves as mining services in order to entice users to download them.

Cookie session hijacking. Cookie theft, also called session hijacking or pass-the-cookie attack, involves a crook inserting themself between a computer and a server in order to steal what’s known as a magic cookie: a session that authenticates a user to a remote server. After stealing the cookie, an intruder can monitor and potentially capture everything from the account and can take full control of the connection. We saw it happen to Google in October 2021, when it caught and brushed off a bunch of cookie-stealing YouTube channel hijackers who were running cryptocurrency scams on, or auctioning off, ripped-off channels.

Duplicate code generators. These days, there are bot-based services that make it “relatively easy” for crooks to phish one-time passwords (OTPs) from targets. They’re designed to trick victims into giving up those OTPs, which crooks can use to take over an account, assuming they’ve first filched a target’s login credentials. In the earlier days of authentication, attackers have also used trojans to intercept OTPs.