The BL∆KFX team members are industry leaders and passionate about technology, cybersecurity, government security, defense & financial systems, and making a global impact. Pioneers have joined our team from all over the world, with various backgrounds in economics, finance, security, technology, military, aerospace, government and much more. 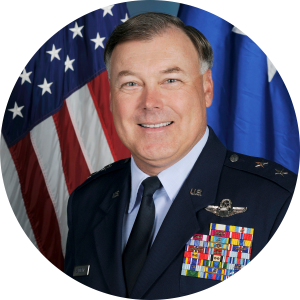 Maj. Gen. Stephen T. Sargeant is the Commander, Air Force Operational Test and Evaluation Center, Kirtland AFB, N.M. General Sargeant reports directly to the Air Force Chief of Staff regarding the test and evaluation of more than 76 major programs, including the Joint Strike Fighter, valued at more than $650 billion being assessed at 12 different locations. The general directs the activities of more than 625 civilian and military people, as well as 225 contractors. As a member of the test and evaluation community, General Sargeant coordinates directly with the offices of the Secretary of Defense and Headquarters U.S. Air Force while executing realistic, objective and impartial operational testing and evaluation of Air Force, coalition and joint warfighting capabilities.

General Sargeant was born in Defiance, Ohio, and earned his commission from the U.S. Air Force Academy in 1978. He has served as the Commandant of the USAF Weapons School at Nellis AFB, Nev., and commanded the 8th Fighter Wing at Kunsan Air Base, South Korea, and the 56th Fighter Wing at Luke AFB, Ariz. He served in numerous joint and coalition assignments including Deputy Chief of Staff of Strategy for Combined Joint Task Force 7 and Deputy Chief of Staff, Strategy, Plans and Assessment for Multi-National Force – Iraq in Baghdad. General Sargeant also served in various positions in the Pentagon, including military assistant to both the Deputy Secretary of Defense and Secretary of Defense, and he was the Deputy Executive Secretary to the National Security Council in the White House.

Prior to his assignment to AFOTEC, the general served as the Deputy Chief of Staff for the United Nations Command and U.S. Forces Korea at Yongsan Army Garrison, South Korea. He is a command pilot with more than 3,100 flying hours. 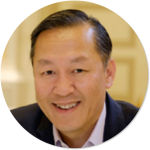 Jonathan is widely regarded as one of the top cybersecurity strategists and business development executives in the world. With more than 20 years of demonstrated experience in growing organizations from startup to industry leader with hundreds of millions in revenue, he is a highly sought-after business adviser and industry speaker.

As Vice President of Strategy and Analytics at Fortinet, Jonathan is positioning the company as the leading security company for digital transformation and smart cities solutions. His work has helped reposition Fortinet from a mid-market UTM-appliance vendor to being widely regarded as an industry leading enterprise-grade cybersecurity solutions provider with 30%+ year-over- year growth and high margin performance. Jonathan serves as Fortinet’s Global Strategist and Security Evangelist focusing on marketing the Fortinet Security Fabric as the premiere cyber solution for Fortune 1000 and nation-states. He has created new opportunities generating 50%+ growth in Fortinet’s strategic products. Jonathan led the acquisition and integration of Fortinet’s SIEM product and his efforts have contributed to Fortinet’s stock price growth by 90% and leading recognition from all industry analyst companies.

Prior to joining Fortinet, Jonathan led Security Product Marketing Management at Verizon Enterprise, driving the strategy that grew the MSS line of business from conception to an industry leader with over $500 million in annual revenue. During his 16 years at Verizon, Jonathan was also responsible for analyst relations that garnered eight consecutive Gartner Magic Quardrant Leadership awards and similar recognition from across the analyst community. Jonathan left Verizon as the security CTO and Head of Managed Security Services where he had a billion-dollar P&L responsibility, leading a global organization of more than a thousand security professionals in nine SOCs around the world. In addition, he led the well-known Verizon Data Breach Investigations Report (DBIR) which is widely considered to be a gold standard in breach research. 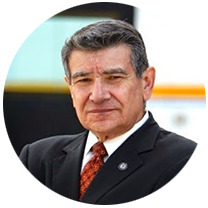 Dick was a Special Agent then a Supervisory Special Agent with the Drug Enforcement Agency (DEA) and a Special Assistant to the Intelligence Operations Division of the CIA where he contributed to safety and security of the United States as well as to interdiction of drugs and money laundering operations.

Dick Cañas has authored numerous articles about national security and published two historical novels, Jaguars and Decade of Iron, concerning El Salvador in the 1930s, and two non-fiction texts, Homeland Security at the State Level – A Primer on State Homeland Security Programs, and SHIFT – The end of the war on drugs. 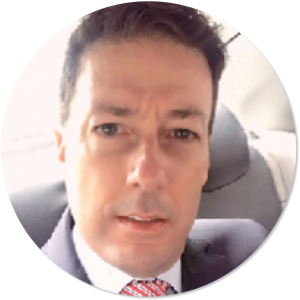 Gary has over three decades of experience in information technology, focusing on corporate espionage, cybersecurity, secure network architecture, and software development. He is an expert in identifying serious security vulnerabilities used by malicious attackers against corporate and government entities, and he has led cybersecurity initiatives for organizations in all vertical markets globally.

He also founded Razorpoint Security Technologies, Inc. in 2001. Targeting corporate espionage and cybercrime, Razorpoint became a leading global solutions provider for effective cybersecurity with an international government and private sector client base on 5 continents, 10 countries and 40 cities and cybersecurity budgets in excess of $100 million each annually. Gary has previously served in cybersecurity and management positions for ConcreteMedia, Thaumaturgix, and IConCMT in New York City. He led the technology effort for a state-of-the-art European information network for the international transportation industry, and served on the development team for tactical training systems for the U.S. Air Force and Navy.

Most recently, in a hands-on role, Gary designed and directed cybersecurity engagements, developed and managed client relationships, and mentored teams implementing powerful cybersecurity countermeasures. He was responsible for securing client environments with annual revenues up to $35 billion with a global client base that spans all vertical markets and industries. Client locations include London, Greece, Abu Dhabi, Dubai, Nairobi, and New Zealand.

As a recognized subject matter expert, Gary conducts regular interviews on cybersecurity with media outlets (television, radio, print, and web) and has been featured on CNN, ABC, Forbes, CNBC, NY Times Magazine, and many others. 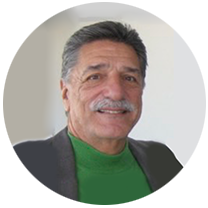 Steve Foster, a Navy Vietnam veteran, had a distinguished 20-year career with the Federal Bureau of Investigation (FBI), retiring in 2000 as a Special Agent Supervisor who specialized in espionage, counterterrorism, and cyber investigations.

Upon retiring from the FBI, Mr. Foster founded a private consulting company, which provided cybersecurity consulting services to Fortune 500 corporations. As part of those services Mr. Foster was the featured Keynote Speaker for the IBM Cybersecurity Road Shows in 2005–2006, which were held in major cities throughout the U.S. and Canada. He is also a contributing co-author to the Black Book on Corporate Security.

Steve’s next role was as Vice President and Chief Information Security Officer (VP-CISO) for NYFIX, a Wall Street financial services firm located in New York City. A few years later, TNCC recruited Steve to become their first Cybersecurity Project Director. In addition to teaching, he also helped the school achieve the prestigious Cybersecurity Center of Academic Excellence Certification (CAE2Y), sponsored and awarded by the NSA and DHS. He also manages and plans the TNCC annual Cybersecurity Conference, held every October, and creates pathways for cybersecurity students.

Steve is truly one of the few cybersecurity professionals today that has real working experience across all major domains of our nation’s critical digital infrastructure, including the military, government, private industry, and academia. 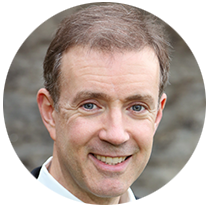 John is a Managing Director with Blackcomb Consultants, where he leads teams of IT consultants as they implement and upgrade core systems software for the property and casualty insurance industry. As the chief architect, it is John’s responsibility to ensure the delivery of a user experience that not only meets all business and technical design requirements, but also consistently delights the end user by being intuitive, performant, reliable, and secure.

John holds a BA in Secondary Education/Mathematics from the State University of New York and an MBA from Alaska Pacific University, where he focused on both finance and telecommunications. He has presented four times on the topic of software upgrades at the Guidewire Connections annual user conference. 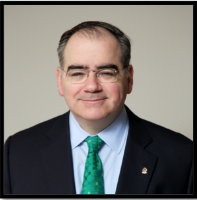 Gustave K Lipman is an investor and advisor to innovative security services groups. In January 2019, Mr. Lipman became chairman of  Circadian Risk, a risk assessment software as a service group. The solution is data driven, objective, and with actionable results to allow for a standardized risk solution. This software provides security and safety professionals with the tools to assess, visualize and reduce risk to critical assets.  In addition,  Gustave Lipman has been a sensolutionsior Partner of Scorpion Group Solutions that focuses on Defense and Intelligence business to government sales of advanced military, counterterrorism and counterintelligence solutions. In this role, he has identified and represented cutting edge security technology providers from Israel for the United States and its allies. Gustave Lipman serves as an advisory board member of Ataata. Developed by top leadership from the US military, law enforcement and the intelligence community, Ataata is a security awareness training and cyber risk management platform that helps combat information security breaches caused by employee mistakes. In November 2018, Gustave Lipman became a member of the Board of Advisors of BLAKFX.

From 2015 to 2017, Gustave Lipman was Senior Vice President, Integration, for Allied Universal, the largest provider of security services in North America and third largest in the world with revenues of $7 billion and  250,000 employees. In this role, Mr. Lipman was part of the senior management team focusing on execution of management objectives from mergers and acquisitions. From 2011 until Allied Universals aquisition of Guardsmark in 2015, MR. Lipman served as Chief Operating Officer of Guardsmark LLC, the fifth largest security services companies in North America. At Guardsmark, Mr. Lipman was responsible for the growth and development for the security division.

Professionally , Gustave Lipman is a board member is a member of the New York Chapter of  FBI Infragard, an association of individuals that facilitates informations sharing and intelligence between businesses, academic institutions, state and local law enforcement agencies, and other participants dedicated to prevent hostile acts against the United States. Mr. Lipman served on the board of the Internationale Des Societes De Surveillance from 2015-2017 ans was a delegate from 2004-2017. Mr. Lipman is a member of NYPD shield, an umbrella program for a series of current and future Police Department initiatives that pertain to private sector security and counter terrorism. Mr. Lipman has been a member of the American Society for Industrial Security (ASIS) for over 25 years.

Gustave Lipman earned a Bachelors of Science in Economics with concentrations in Strategic Management and Entrepreneurship from The Wharton School of the University of Pennsylvania in 1994. In 2018, Mr. Lipman received from Harvard University a certificate for Cybersecurity : Managing Risk in the Information Age. In 2019, Mr. Lipman received a certificate from the University of Oxford for the Oxford Blockchain Strategy Programme and from the Massachusetts  Institute of Technology for Artificial Intelligence: Implications for Business Strategy.

He and his wife, Karen, live with their two children in New York.