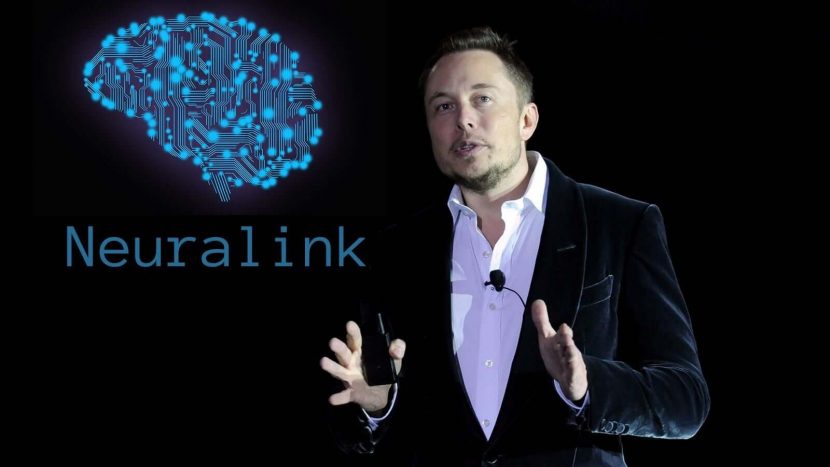 A Data Security Solution for the Technological Neuro Science Sector

Yesterday, Elon Musk’s firm Neuralink demonstrated a wireless micro chip and microfibre thread that had been implanted into a pig’s brain and was then able to monitor the pigs brain waves. This is quite an ingenious advancement in the field of neuroscience. Obviously, the creation of a brain-computer interface (BCI) is critical for those with a congenital defect, a brain disease, motor skill disabilities or brain injuries so it is a glimmer of hope. The prospect of people being able to recover brain and motor function is one we should all be behind.

The further ability of the micro chip to deliver diagnostic capability would be outstanding as well. Imagine for instance if a stroke could be detected early enough for the person to be able to get treatment, or perhaps something as simple as a blood pressure fluctuation were noted. The obvious issue in diagnostic capabilities is data security and transmission.

To us at BLAKFX, the ethical issues surrounding medical treatment and enhanced diagnostic capacity can be eliminated with the 100% secure data SDK, Helix22. If the data can never be exfiltrated, then the issue of a data hack or leak becomes moot. Neuralink would essentially have a green light to proceed unencumbered by Personal Health Information (PHI) management issues.

What really captured our attention at BLAKFX from this presentation though, is Musk’s vision of “conceptual telepathy”. For example, his comments that this same chip technology, will someday be utilized alongside a Tesla and be used to open the door. Just through using your thought process. Sounds kind of good…right???

In our hyper-vigilant BLAKFX data security world we realized that the Helix22 data security SDK, would indeed make the whole notion of “conceptual telepathy” safe and probable as the data transmission required between the micro chip in your brain, and the chip in the car itself would mean that the entire process could never be subject to malicious attacks or even human error. Therefore, the entire concept of conceptual telepathy would be as safe and ultra private.

Helix22 Encryption Is Embedded with the Data and Zero-Knowledge

You see, the Helix22 cryptography is embedded with the data itself through our inventive and patented process of DNA BindingTM. Therefore, even if a breach were to occur the data cannot be exfiltrated. This means that all an individuals information is 100% protected regardless of the type of attack. The same applies to the Internet of Things. All devices are protected at all times whether the data is at rest, in use or in transit.

To take this thinking even further, if you had a chip in your brain that was instrumental in your motor functions then a ransomware attack could potentially be used as a threat on your life. Kidnapping would be simply a matter of breaching the data perimeter of the chip in your brain. As the Helix22 SDK protects the data on the chip, then this incident could never actually be a tangible threat. Even in the advanced thinking of brain implant downloads, let us say someone wanted to download an app for some sort that delivered the hyper vision that Musk described. There in theory could be malicious bug attached that is designed to enter the chip. Even if this happened, the data embedded on the chip cannot be utilized even if were copied, downloaded, saved, or transmitted to another device.

We can make this claim as the tech engineers at BLAKFX invented and patented a genuine user-to-user (U2U) encryption. We manage data security transmission through the truly brilliant and also patented universal Helix22 key service. The Helix22 encryption originates on your network or device, not just when the app is opened. This means, that when data arrives to our key server, it is already encrypted so all it needs to do is issue another key. The data security currently on a Tesla and certainly not the SSL of StarLink cannot claim this level of security. This key will then only work with the intended device, which generates a matching key required to open the data.

In this protocol, BLAKFX is truly a “zero-knowledge” server so your data. communications and transmissions remain completely top secret. Even in the event that BLAKFX were subpoenaed, we can honor the request by just handing over the encrypted content…as that is literally all we have. Helix22 also only use keys just one-time and then destroys them. This way the data security is future forward prefect. Therefore, in our patented user-to-user encryption (U2U) world, there is no opportunity at all for any data leak or theft.

The tangible reality of DNA BindingTM data security is paramount to the overall success of the Internet of Things (IoT). Without profound data security, no user will be able to rely on the fact that their car could not be hi-jacked during operation, that your TV is feeding you misinformation, that your home activities are not being monitored/recorded by a 3rd party or that you have any semblance of privacy at all. I do not think the entirety of the world is ready for the time where every single action and product usage recorded for all time.

Helix22 takes the risk out of the usage of IoT. As Helix22 encryption only works between devices, there is no opportunity for a 3rd party to utilize the data. For example, if a ransomware attack on your firm or home were attempted, it could be ignored as they can access all the data they want, it will never be possible to utilize it.

Another critical aspect of this chip technology is the radio frequency (RF) on which it would operate. It is not unreasonable to think that even though the data might be protected, the radio frequency spectrum could be jammed intentionally to render the devices useless for the communication purpose they were intended. Now that would be OK for an average person, as they simply would just have to revert to manually doing something. However, to someone with a dabilitating neurological problem this would be a problem.

Helix22, has already thought of this possibility. We have radio sweeping technology that could detect bugs, identify, and correct radio frequency attacks. We have engineering expertise that design products and are experts in the Electronic Protective Measures (EPM) field. We already have products that identify Electromagnetic Interference so that normal operations were not impeded…or, at least could be avoided.

The micro chip implant business and the Internet of Things will not be able to exist in the furtue without these products.

Keeping in mind that all the IoT and any advances in brain chips is dependent on Artificial Intelligence (AI) and Machine learning (ML). The amount of data that is being processed during these experimental phases is simply incomprehensible. Imagine your company spends years running AI experiments just to have your Intellectual Property (IP) hacked at some point along the way. All your firms advance work is no longer a strategic advantage.

One of the greatest advantages of Helix22, is that it is auto attached to all data generated during the experiments. No data is ever left in the clear. Also, due to our ultra low latency, Helix22 can run with the fastest algorithms. Helix22 is also the safest product to protect against backdoor hacks through the cloud or your vendors and suppliers.

Latency issues will also be critical to the success of StarLink LEO satellite network.

Finally, the Helix22 encryption is quantum computing ready so no need to redo all your data security methodologies in a couple of years when everything else becomes obsolete. We have also withstood pen testing by MI6 and our Founders are the same people who invented Wickr, which has never been hacked sine its inception and 2012 and is now being utilized by the US Military. The evolution of technologicla engineering is advanced with Helix22.

Let us get back to Elon Musk. In addition to Neuralink, he is developing space with SpaceX. He is revolutionizing the satellite industry with his Low-Earth Orbit (LEO) satellite company StarLink. He is trying to change transportation with the Boring company and Hyperloop high speed transit vehicles. SolarCity (which is now a subsidiary of Tesla) will try to put solar panels and batteries into every home in the world.

All these companies, and the thousands of others that are being developed as we speak rely on data technology to deliver the operational and service capabilities. This means of course, that even though we might think data technology is ubiquitous today in 2020, it will become even more so. Ultimately, there would be extraordinarily little activity in our lives that is not connected to data in some way or form.

Already our communication amongst individuals is mostly digital these days and if Neuralink can truly harness the power or communication through a mind synch, then there might be a pretty good chance that we could have robots or avatar’s that augment our lives for us in the real world. They could do our work, run our errands while we pursue our life of personal fulfillment and family development. Of course, Helix22 would be able to protect the data of those as well.

No matter where the digital landscape is heading, Helix22 is the data security product that can make it all happen.