Two decentralized finance platforms were attacked last weekend by hackers who ended up stealing a total of $90 million.

Rari Capital confirmed reports from several blockchain security companies on April 30 that about $80 million worth of cryptocurrency was stolen through their platform.

Rari Capital said the company was attacked through an exploit and Fei Protocol, a company that merged with Rari Capital, offered the hacker a $10 million bounty. 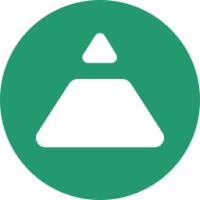 CoinGecko data shows Fei is the 11th largest stablecoin based on market cap.

The hackers used a reentrancy vulnerability. Reentrancy attacks involve bugs in contracts that allow an attacker to withdraw funds repeatedly in a loop before the original transaction is approved or declined or the funds need to be returned.

Over the last year, several DeFi platforms have been hit with reentrancy attacks, including Revest Finance, Ola Finance, and Cream Finance.

The attack was conducted through Rari Capital’s DeFi lending market creator for developers called Fuse. Fixes for the vulnerability are being worked on, but the company did not respond to requests for comment about how user’s will be compensated for their losses.

Rari Capital previously lost $15 million in cryptocurrency during a price manipulation attack in May 2021.

On April 30, another platform – Saddle Finance – reported that about $10.3 million was stolen from their platform.